Yellow Rose Landscape Services, one of the most successful family-owned companies in Metroplex, has served the North Texas community since 1981. Beginning with a small staff of three and sincere commitment to excellence in both design and service, Yellow Rose has grown into a significant team of over 100 dedicated individuals.

The Yellow Rose team is the company’s greatest asset. The majority of key employees have been with the firm for over 10 years and many over 20. The Yellow Rose Training program, expert guidance in the latest horticultural trends and designs, sincere respect for clients as well as the environment has created a superb company culture – which guarantees a consistent quality service.

Yellow Rose Landscape is headquartered near the Dallas North Tollway and George Bush Turnpike. This strategic address along with a branch office in Arlington allows easy access to clients throughout North Texas.

Read the profile below to learn more about our staff! 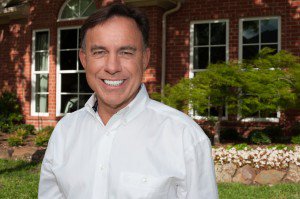 It was his dad’s influence as a North Texas home builder and his mother, founder of a prestigious private school in North Dallas, which instilled landscape appreciation and entrepreneurial thinking leading Bert to establish one of the most successful landscape companies in Texas.

In 1975, the moment Bert graduated from Texas Tech with a degree in Landscape Architecture, he began to literally “dig in” with his new young company. In 1981, Bert met Roger Staubach, who was not only a successful commercial real estate businessman (and former Dallas Cowboy Quarterback) but who also owned a well-regarded landscape services company. Both men shared similar business ethics and a sincere focus on quality. After a few discussions, Blair’s and Staubach’s companies merged to form Yellow Rose Landscape Services.

Thirty-plus years later, Bert’s personal design acumen and proactive management style have created some of the most beautiful residential and commercial landscapes in North Texas. Bert is past president of the Texas Association of Landscape Contractors and is highly regarded in the industry for creating one of the best company cultures – with the lowers team turnover ratio in the area.

Bert’s generosity and dedication to the DFW Community are well known. You will see Bert’s imprint on many school athletic ﬁelds, which he and his team designed and constructed, pro bono. Committed to the North Texas area, Bert has given his time and energy to various boards. The Spring Valley Athletic Association, Parish Episcopal School, The Shelton School, and Mercy Street Ministries are just a few that have beneﬁted from Bert’s involvement. In addition, Bert volunteered his time and athletic talents as a coach in the Select Baseball League and as the baseball coach for Shelton School. His coaching has left a positive inﬂuence on hundreds of young men. 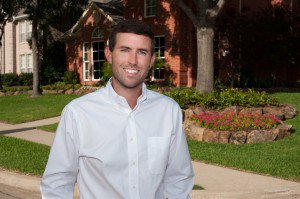 Growing up in the business, Hunter knows ﬁrst-hand what it takes for a business to succeed-excellent customer service, cutting edge designs and a passion for the outdoor environment. Inheriting an outstanding work ethic, Hunter obtained his Texas Real Estate License while in college at TCU and began interning for commercial real estate agents and property managers. This allowed him to gain valuable insight to the business side, the mindset and expectations of these industries.

As CEO, Hunter oversees the strategic vision, culture, and direction of the company. In addition to these responsibilities, Hunter is also the CFO, overseeing all financial operations for Yellow Rose Landscape Services.

Hunter graduated from Texas Christian University with a degree in Finance with a concentration in Real Estate. In his spare time, Hunter enjoys playing golf and spending time with his wife Alexis and daughter Parker. Hunter, Alexis, and Parker reside in Fort Worth and are active with the TCU Alumni and Frog Club. 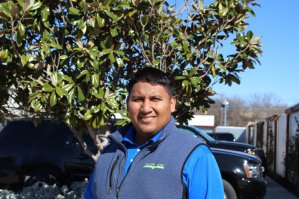 Jr was a fast riser in the company and took the position of Maintenance Division Manager in 2015. In this role he oversees all aspects of the Maintenance, Irrigation, & Lawn Care Divisions. You can find working one-on-one with our crew leaders ensuring that all our customers’ needs are being met. Jr and his wife live in Lewisville with their daughter and enjoy family activities in their spare time.

Jose Luis has worked for Yellow Rose throughout his entire life. It was during breaks from school and holidays and learned all of the aspects of the landscape business by working on crews and assisting in the office. Once Jose Luis completed his education he went to work in the retail business as a manager for a major retail chain. It was during this time that he really improved his customer service and managerial skills.

His primary duties will be assisting the sales representative assigned to your account in communicating with you. He will be working with the production department to get your requests turned in and completed as quickly as possible and will be able to give you updates if needed. 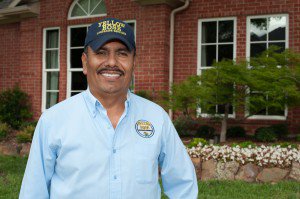 For over 20 years, Tomas has been an important factor in the steady growth of Yellow Rose Landscape Services. His supervising style and training of the Yellow Rose Landscape Services team is key to the company’s continuous referral business. Tomas enjoys the effort and hard work that it takes to create a beautiful landscape. Tomas is known for making sure nothing is left undone and feels a true sense of pride in everything he touches – and his workmanship does not go unnoticed. 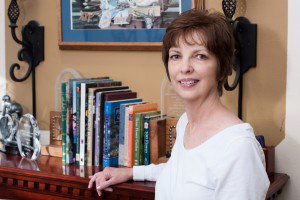 Debra grew up in the Lakewood area of Dallas which for decades has boasted beautiful lawns and gardens. She always appreciated her neighborhood surroundings and now is enjoying all aspects of landscaping at Yellow Rose Landscape Services. Administration and office management are Debra’s two main roles but is always more than happy to help customers with any questions or concerns. Debra graduated from Woodrow Wilson High School in Dallas, attended Stephen F. Austin University and now lives in Dallas with her two children.

Thank you for all you and your team do for Parish! Your awareness of our big wants like Open House (the new flowers look great!) without me even having to mention it, the immediate response I get from Thomas when I text/email about sprinklers and your unwavering graciousness when I have a million questions/requests do not go unnoticed or appreciated. For the past nearly 10 years, every interaction I’ve had with an employee at Yellow Rose has been positive and helpful. That’s rare and I appreciate all you do to make that happen.

We help to keep your school looking its best on and off the field.

We’re dedicated to providing you the very best service. Get to know us!

We are Dallas-Fort Worth’s number one choice for commercial landscaping.